We are pleased to announce that plan01s and plan01s Low Data Volume coverage now includes Uruguay.

In addition, LTE connectivity is now available for plan01s and plan01s Low Data Volume in the following countries:

For complete details about data rates, supported carriers, and coverage in other countries, please refer to the Supported Carriers documentation.

This kit includes the IoT Wireless Unit Multi Converter OWU-310M, a battery-powered IoT gateway that can operate for approximately 10 years (when transmitting data twice a day). It does not require an external power supply and is IPX5 waterproof, making it suitable for outdoors installation as-is. 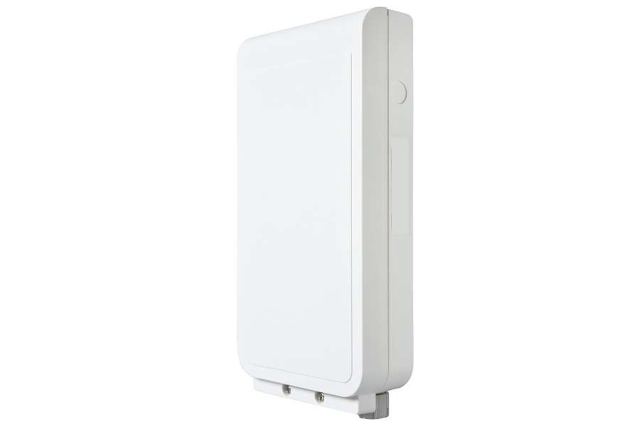 For more information, please refer to the product page (Japanese).

Pricing calculator for Japan has been improved

Pricing calculator is the tool to calculate the estimated costs for IoT SIMs, devices and services for Japan coverage.

We have redesigned the pricing calculator to be easier to use, and estimate previews are now more detailed.

In addition, the following services are now supported:

When using Area Alert (Intrusion Detection Alert for Prohibited Areas), which is part of "Package20™, the coordinates of the area to be detected must be specified in the algorithm parameters (environment variables).

With this newly released coordinate editing feature, the coordinates can now be obtained in JSON format by drawing a line or rectangle while checking the camera image taken by S+ Camera. The way in which the coordinates specified in the algorithm parameters (environment variables) are handled depends on the algorithm. Currently, only Area Alert (Intrusion Detection Alert for Prohibited Areas) supports the coordinates, but you may also use your own algorithm. Please give it a try! 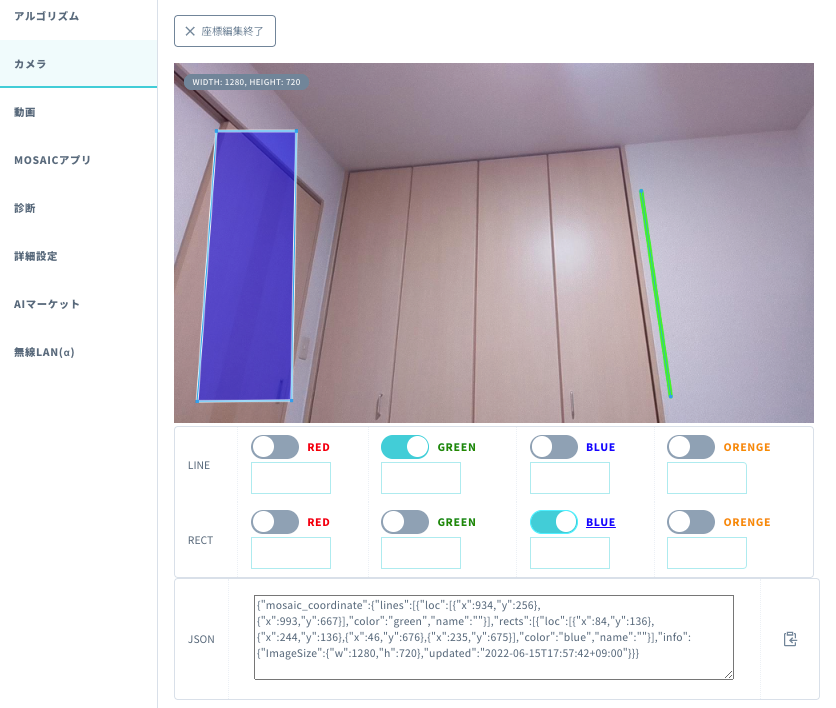 New service for transferring SIMs regardless of status

When purchasing SIMs from the Soracom IoT Store or through the User Console, SIMs will be pre-registered to your account. If you need to transfer the registration of a SIM to a different Soracom account, you can initiate a SIM transfer request directly from the User Console. However, this function is only available for SIMs that are still in the Ready status.

In order for customers to transfer SIMs that are in the Active, Inactive, Standby, or Suspended status, Soracom is now accepting SIM transfer requests. Upon receiving a request, Soracom will handle the process of transferring SIMs on your behalf.

Please note that the SIM transfer process will incur a processing fee. In addition, please be aware of the following conditions when requesting a SIM transfer:

You may submit a SIM transfer request at any time by logging into the User Console, accessing the Support > Contact Us menu, and submitting a new support request ticket.

Customers may continue to transfer Ready status SIMs at no additional charge directly from the User Console.

Soracom Air Metadata Service is a service that allows a device using a Soracom IoT SIM to obtain information about the SIM itself, as well as to modify its subscription configuration, by making simple HTTP requests over the Soracom Air cellular connection.

By default, all HTTP requests sent to the Metadata Service will return a response that contains the SIM details in the response body. While this is normally expected for HTTP GET requests, some applications do not require receiving these details for POST and PUT requests, and the extra response body can result in unnecessary data usage.

Please note that HTTP GET requests made to Metadata Service will continue to return SIM details in the response body even with the option enabled.

Soracom Funk is an adapter service that allows a device to directly invoke a cloud function service such as AWS Lambda, Azure Functions, or Google Cloud Functions.

When Funk forwards a request to a cloud function, metadata such as IMSI and Operator ID is added to the forwarded data. This metadata can be used in your function to implement logic that requires these values.

With this update, the metadata will now also include the SIM ID. With the SIM ID, you will now be able to write your cloud functions to call a Soracom SIM level API or consolidate logic for SIMs that have multiple IMSIs with Subscription Containers, without the need to separately query the SIM ID associated with the IMSI.

When using Funk with AWS Lambda, a new simId property is now included in the clientContext attribute of the context object.

When using Funk with Azure or Google Cloud Functions, a new simId property is now included in the ctx attribute of the decoded JWT token payload, which itself is sent to the function in the x-soracom-token request header.

Soracom Orbit is an inline data processing service that gives you the ability to write a WebAssembly (WASM) module that transforms device data as it passes to and from the cloud. Soracom provides SDKs for developing WASM modules in multiple programming languages.

Prices are in Japanese Yen (¥) and include Japanese consumption tax.

Soracom Funnel is an adapter service that forwards data from a device directly to a cloud service.

By default, when Funnel forwards data, metadata such as IMSI and timestamp is added to the forwarded data, which can be helpful for many applications. However, in some use cases, you may want to disable this behavior. With this update, you can now select the Payload only option which will suppress adding metadata and instead send the data as-is.

In addition, when using Funnel to forward binary data to AWS IoT, Funnel will encode the data in base-64 for compatibility before sending it to AWS IoT. This update also introduces a new Send Payload as Binary option which will send binary data as-is without base-64 encoding.

You can find additional information in the Soracom Funnel documentation.